Graduated in Physiotherapy and Rehabilitation (Aedes Paramedicorum Brussel, 1989), he completed his training in Manual Therapy in the Netherlands at SOMT (1995 IFOMT), a COP in MDT McKenzie Method at the University of OTAGO (2006 Dunedin, NZ) and numerous continuing courses in the field of manual therapy: David Butler, Bob Elvey, Mulligan, Sharmann and Graduated in Orthopaedic Medicine (2003 OMI) He is also trained in the field of chronic pain, motivational interviewing and cognitive and behavioral therapy. In 2017, he completed a Master in Science degree in advanced Physical Therapy research at Dundee University (UK).

Since 1989, he has worked as an independent musculoskeletal physiotherapist in his private clinic in Maasmechelen, Belgium. He has been an instructor since 2006 for the International McKenzie Institute (MII) in Benelux and France and since 2016 for the Scientific Association of Flemish Physiotherapists (WVVK).

Since 1994 he has been a scientific collaborator at the University of Leuven (KULeuven) and is involved in several research projects and guest speaker at the medical faculty for occupational physicians. In 2010 he became a member of the McKenzie Institute Benelux and France board. Nowadays, he is the president of the new McKenzie Institute Belgium. Also, since 2015 he has become a member of the redaction board of the Belgium Federal Association EBPractice.net and a member of the administration board of the Scientific Association of Flemish Physiotherapists (WVVK), where he is also becoming a trainer in the EBP approach for Physiotherapists and General Physicians.

Recently, he was involved in two major projects of implementing federal multidisciplinary guidelines in Belgium: KCE 295b on Low Back Pain and Radicular Pain and the other on osteoarthritis of the hip and knee. In addition, the KCE (Belgian Health Care Knowledge Centre) mandates him in a working group to update a mono-disciplinary guideline for low back pain at KNGF (national physiotherapist association in the Netherlands). He is one of the trial's participants in direct access to Physiotherapy for acute low back pain.

More details to find on LinkedIn and ResearchGate. 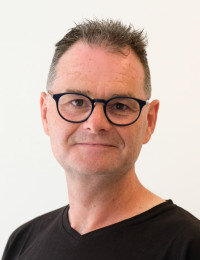